Our new education scheme, Compassionate Class, has been created to teach KS2 children about animal welfare - and your school could get involved.

National roll out of pilot scheme

Earlier this year, we launched a pilot teaching resource for schools in Manchester to encourage children to learn about animal welfare. The aim is to inspire the next generation of compassionate individuals and prevent cruelty to animals in the future.

The resources are designed to fit into the national curriculum covering the PSHE in England and PSE in Wales curriculum plus they support Spiritual, Moral, Social and Cultural education (SMSC) and other core subjects.

The programme uses enquiry led learning to create debate about animal welfare which is promoted by the interactive resources available for schools who sign up.

David Allen, Head of Education at the RSPCA said:

We are delighted to be rolling this scheme out nationally and hope that as many schools as possible sign up to become compassionate classes. The pilot in Manchester has been a brilliant success and I've been very impressed with the quality of engagement we've had.

Compassionate Class teaches children about the five animal welfare needs, the resources gets them talking and debating about the importance of animals and creates an awareness of how we should respect them and each other. In turn, we hope this will help to create a kinder society in the future. 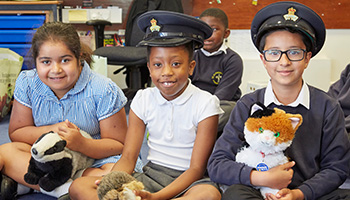 One of the schools who took part in the pilot was St Alphonsus RC Primary School in Old Trafford.

Year Four won the Compassionate Class of 2018 competition after entering their video 'Take Me Home', a fun and informative take on the dating TV programme Take Me Out which tried to find the best owner for Patricia the Pug based on the five animal welfare needs.

The kids absolutely loved Compassionate Class. We did quite a few hours following the programme and then they came up with the ideas for the competition and that was all they wanted to do. We put hours aside for it and they did some in their own time as well. They seemed to get a lot out of it.

I think it's important as a lot of children get pets when they are young and when the novelty wears off the responsibility falls to the parents but if we educate children from a young age on the needs of the animals they're more likely to be involved and a bit more aware of their own role in making sure the animals are well looked after.

The children learnt about the animal heroes who work for the police, sniff out bombs or help their owners with disabilities. They learnt how litter can harm wild animals and the everyday things they can do to make life that little bit better for the animals around them.

There will be more resources for schools to try this year and the opportunity to showcase what they have learnt by entering a competition to win the title of 'The Most Compassionate Class of 2019'. Plus there are a number of visits to RSPCA animal centres to be won so the children can see the RSPCA in action and the animals they care for.

Sign-up your school and help inspire the next generation of compassionate animal lovers.